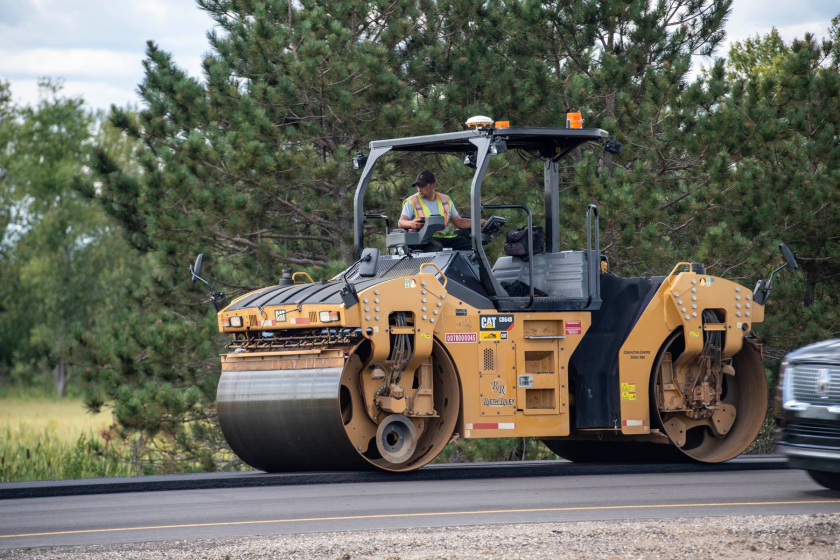 Michigan returns to the market Tuesday with its second state trunk line deal to speed up road and bridge projects under a $3.5 billion Rebuilding Michigan program Gov. Gretchen Whitmer turned to after her gas tax hike proposal hit a political roadblock.

The state is selling $855 million under the credit including $800 million of new money bonds with the remainder refunding debt issued in 2011, for an estimated present value savings of more than 20%. BofA Securities is running the books.

The bonds are secured by a first lien on constitutionally restricted revenues that come from motor fuel taxes, vehicle registration fees, and other transportation-related miscellaneous fees that are deposited into the State Trunk Line Fund. The state established the trunk line fund in 1951.

“Collections of constitutionally restricted revenues were negatively impacted by the COVID-19 outbreak for the months of March, April and May 2020 corresponding with the shutdown of the state and various stay at home orders” but the numbers show a rebound this year, the state tells potential investors in a roadshow presentation.

Those numbers translated into March, April and May 2020 blows to pledged revenues but this March, April and May saw increases between 8% and 50% and through May revenues are up $116 million or 11% through the same period last year. Collections lag between one and two months depending on the revenue source.

The state last year sold the first $800 million to launch the program. The state intends to sell $3.5 billion of 25-year bonds by the end of 2023 allowing the Department of Transportation to increase its five-year road and bridge plan to about $7.3 billion. The bonds are expected to take advantage of the declining debt service, but keep annual debt service within the limits of the statewide policy to maintain four times debt coverage.

Pledged revenues historically have shown some volatility over the years with collections declining 14% between fiscal years 2004-2009, but then stabilized and have shown steady growth averaging 3.8% over the last decade — until the pandemic struck.

“Even with an approximately 6% decline in motor fuel taxes and registration fees during the fiscal year ended September 30, 2020, pledged highway revenue provided 4.8 times coverage of the maximum debt service anticipated after the current issues,” Moody’s said.

Both ratings also incorporate the state’s ratings. Moody’s rates Michigan’s general obligation debt at Aa1 and S&P has the state at AA. S&P’s rating is limited to one notch above the state under the firm’s priority-lien tax revenue debt criteria as S&P believes pledged revenues are exposed to the state’s operating risk. The state has a history of making minor adjustments to statutory distribution of Michigan Transportation Fund revenue.

The State Transportation Commission last year signed off on the borrowing plan dubbed Rebuilding Michigan by Whitmer, who billed it as a means to give a jolt to critical highway and bridge projects. Whitmer settled on the bonding program after lawmakers rejected her proposed 45-cent per gallon gas tax hike that would have provided an infusion of cash for projects. No legislative approval was required to go ahead with the borrowing since projected revenues met debt service requirements.

The state’s double-dose of good credit news in the form of an outlook change should trickle down to the deal given they underscore the state’s recovering economy, market participants said.

S&P in June moved the state’s outlook to stable from negative and Fitch Ratings moved it to positive from stable. Fitch rates the state at AA although it does not rate the trunk line fund bonds.

“Michigan has emerged from the most recent recession better than originally anticipated,” S&P said in the state’s outlook report.

S&P shifted the outlook to negative in July 2020 over concerns the financial beating from the pandemic would be prolonged given its high concentration in the service and manufacturing sectors, which could lead to a recovery that would possibly lag other states.

Michigan expects a $3.5 billion revenue surge through the next fiscal year due to its accelerating economic recovery, according to May estimates. The state also raised fiscal 2022 revenue projections by $1.48 billion to $26.8 billion and fiscal 2023 estimates by $1.8 billion to $27.7 billion.

Whitmer, a Democrat, and the legislature’s GOP majorities agreed to a budget framework in the spring. Despite the effort to work together, lawmakers only managed to pass the school aid portion of the budget by a July 1 deadline and will need to hash out the general fund portion before the next fiscal year begins Oct. 1. Whitmer has proposed a $67 billion budget.