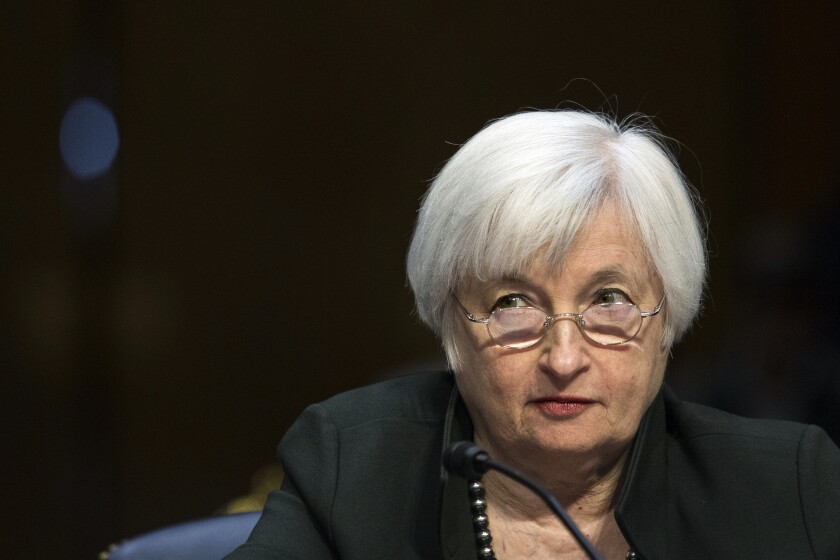 Treasury Secretary Janet Yellen said that by the end of this year, monthly price changes will be running at a level consistent with the Federal Reserve’s target, even if year-over-year numbers continue to show uncomfortably high inflation.

Inflation as measured on an annual basis will be elevated “for some time,” Yellen told reporters in Atlanta Wednesday following several local meetings and events. “But my expectation is that by the end of the year that monthly rates will come down to a pace consistent with the Fed’s interpretation of price stability.”

The Fed targets 2% average inflation over time based on the Commerce Department’s personal consumption expenditures price index. That gauge rose 4% in June from a year earlier, the fastest pace since 2008.

Yellen reiterated the Biden administration’s view that the inflation surge reflects bottlenecks in the economy and challenges associated with reopening. “I believe it is temporary and inflation will recede to normal levels in the not-too-distant future,” she said.