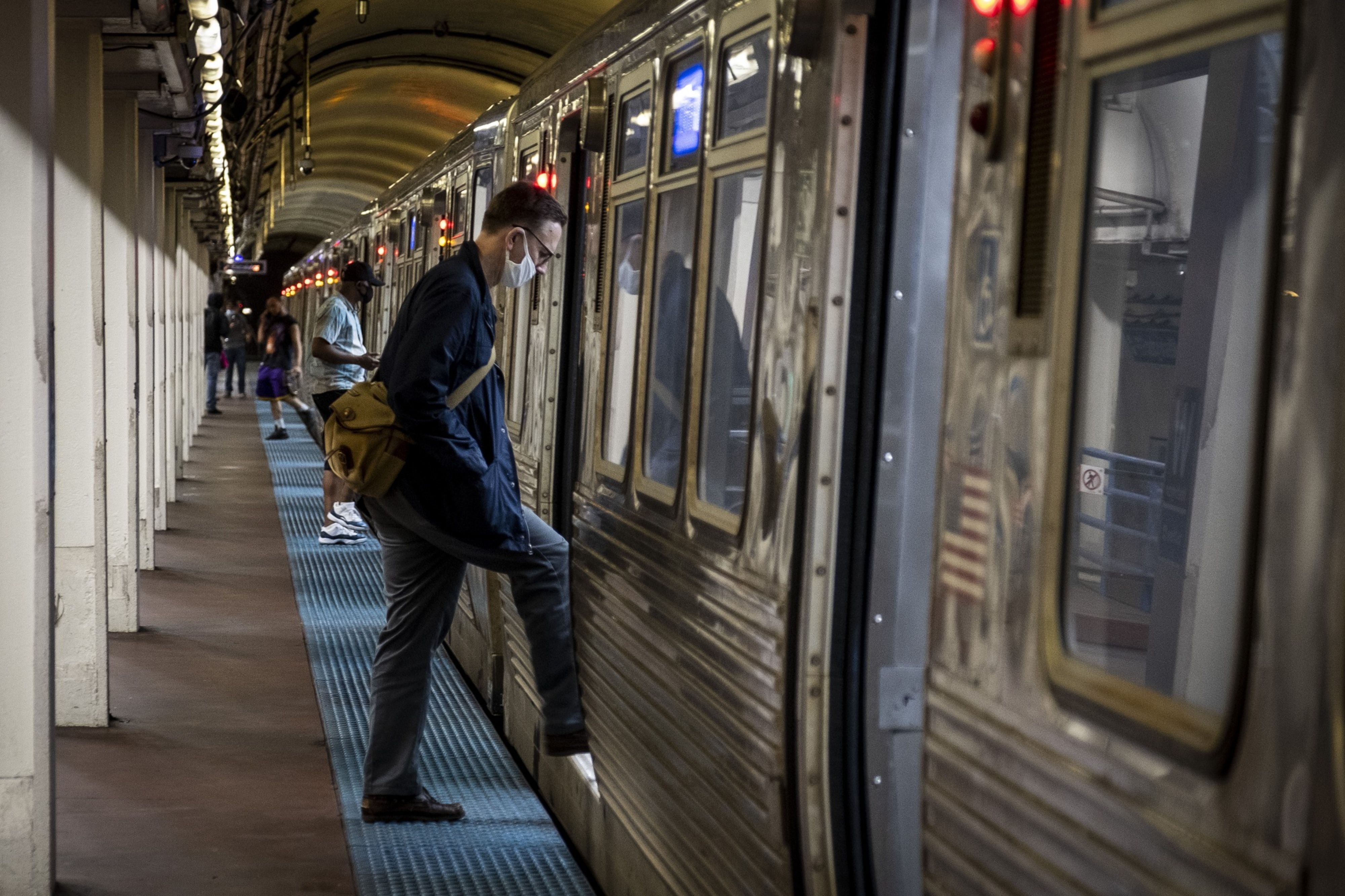 The Illinois Regional Transportation Authority will ride favorable rating news into the market later this month as work begins in earnest on a 2022 budget cushioned by unused federal COVID-19 relief and rising sales tax collections.

The RTA board at its monthly meeting Wednesday signed off on the $93.6 million taxable general obligation deal that will refund 2014 bonds with between 8% and 12% present value savings expected. That should translate into $1 million in annual cash flow benefits over the 24 repayment period, RTA Treasurer William Lachman told board members.

The bonds will sell competitively on Sept. 29. Hilltop Securities Inc. is advising the agency and Ice Miller LLP is bond counsel. The RTA, the fiscal parent for the Chicago Transit Authority, Metra commuter rail and the Pace suburban bus service, has about $1.7 billion of debt. No new money bonds are planned this year.

“The outlook revision to stable reflects our view of RTA’s stabilizing underlying creditworthiness, supported by its resilient pledged revenue performance,” said analyst Helen Samuelson. S&P had shifted the outlook to negative last year due to the pandemic’s expected wounds.

“Additionally, we note the recent infusion of federal stimulus grant dollars bolstered RTA’s liquidity position and provides important financial flexibility for the next 24-36 months as its service boards adjust to changes in ridership,” Samuelson said.

Moody’s Investors Service in July raised the RTA’s GO rating, which is primarily backed by its regional sales tax, to A1 from A2 with a stable outlook. Moody’s action followed its upgrade of Illinois’ rating by one notch to Baa2.

Federal aid, rebounding sales tax receipts, and managing operational costs have allowed the agency to keep its budget on track despite plummeting ridership levels that followed the pandemic’s early days when commuting and school travel ground to a halt last year.

Federal aid to Illinois also helped stave off greater delays in state payments for debt service subsidies and transit aid and plans to divert some RTA aid in the state’s fiscal 2022 were dropped amid the state’s own brightening revenue picture.

The RTA’s reliance on its regional sales tax collections rather than fare revenue shielded its rating as collections proved resilient and strong debt service coverage ratios have stood up against the pandemic. RTA sales taxes declined 9% last year but officials had expected grimmer news and initially budgeted for a 30% blow.

Sales taxes have been surging in part due to the extension of taxes on additional online purchases, setting a one-month record of $129.2 million in May, said budget manager Doug Anderson. The RTA also expects higher than budgeted levels for June also.

The rising sales taxes have resulted in some problems in drawing down federal relief as it limits the levels that can be drawn on, causing the budgetary line item for those funds to drop.

Ridership remains on the mend at 45% of pre-pandemic levels in July with the expectation that it will return to 65% by the end of the year. Officials cautioned the recovery could falter due to some return-to-work plans being put off by employers as COVID-19 cases caused by the Delta variant surge.

The RTA has tapped about $1.1 billion of its $1.4 billion share from the March 2020 CARES Act. It is also receiving $486 million from the December 2020 Coronavirus Response and Relief Supplemental Appropriations Act and has another $1.5 billion coming from the American Relief Plan Act signed last March. The aid has staved off dire service cuts and layoffs. A portion carried over into 2021 to again stave off deep cuts.

The RTA board set funding levels for fiscal 2022 and is giving its service boards room to figure out how they’d like to put some remaining aid to use.

The combined budgets for Metra, Pace, and CTA total $3 billion. About $1.15 billion of operating revenue comes from system-generated revenue primarily from passenger fares. Public funding totals about $1.88 billion and comes from a regional sales tax and state funding.