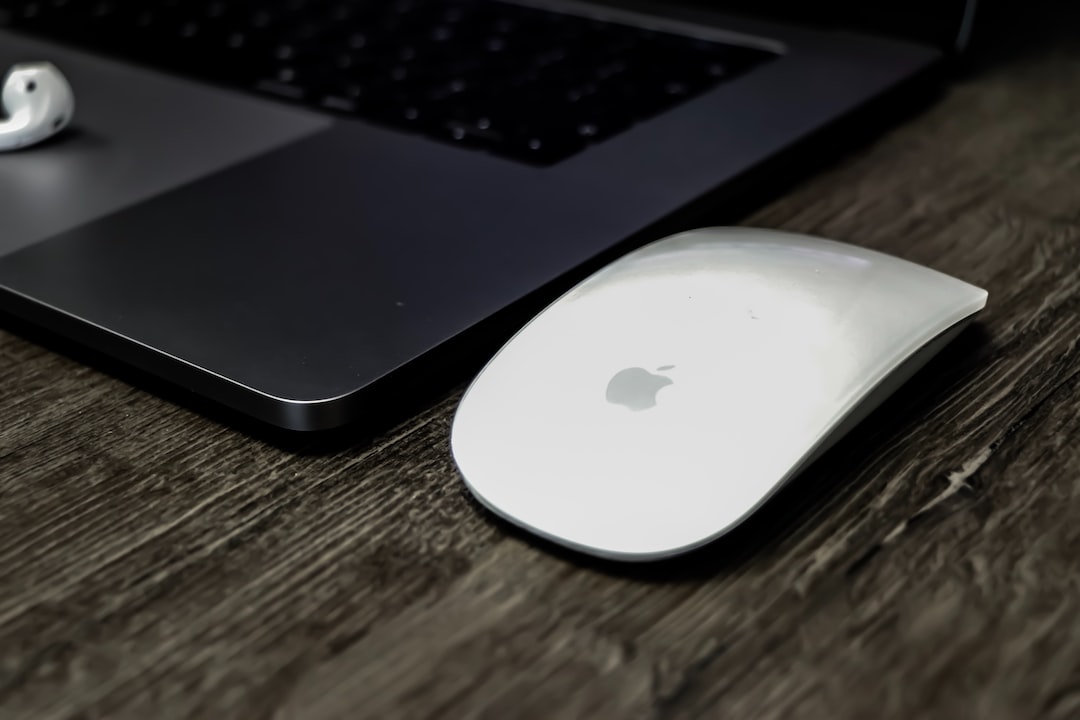 The majority of jurisdictions across the country are struggling with housing affordability issues. To address the issue, many are reconsidering the zoning that they have in place to open up the possibility for more and different types of housing development, leaning toward higher density that will lower costs for renters and owners.

However, this is no small feat. Reviewing and updating the zoning and understanding the impacts that the changes will make is incredibly difficult due to the archaic systems that are in place – literally just paper documents, dozens of paper documents that are not connected in a convenient way.

Leila Banijamali, co-founder and CEO at Symbium, a company that digitizes the codes and regulations around zoning, is an expert who not only understands how complicated the issue is, but is using technology to untangle it and make it user friendly for the rest of the world.

She explains that for a regulation to be computable there are three criteria. First, it needs to be well defined. Then, there has to be data available to support it, and finally, there has to be a user-friendly interface to process it.

Currently, there are many examples of regulatory requirements that are not computable. One such case is this regulation that states “no off-street parking is required for an accessory dwelling unit (ADU) if the ADU is located one half mile from public transport.” Although it may sound as if this regulation would be easily computable, it is not because the computer was not informed of a specific starting point to make the half mile calculation.

So, Banijamali had to come up with a way to instruct a computer to measure that half mile distance, therefore removing the ambiguity since a computer cannot exercise judgment and discretion in the way a human can.

To make it a computable regulation, she rewrote it as “no off-street parking is required for an ADU if the ADU is located one half mile from public transport as measured by any location on the ADU lot to a public transit stop.”

Having computable regulations like this one will have many positive consequences and will be necessary to build scalable solutions that will deliver the millions of additional housing units needed in the US by 2030.

“First, would be the resolution of ambiguities,” she said. “We’ll have a lot fewer people wondering what the nondiscretionary regulations mean. It will get rid of subjective regulations, and make it very clear. It will no longer matter what city you are in, you will have certainty in how the regulation will be applied to you.”

Plus, when regulations are computable, they could then be used like computer code in applications, leading to more diversity, equity and inclusion, which are increasingly important results as well. The author Nolan Gray speaks to what he deems as the racist, classist and segregationist foundations of zoning regulations in his recently published book, Arbitrary Lines: How Zoning Broke the American City and How to Fix It.

He wants to abolish zoning to lead cities to be more affordable, equitable, and sustainable places to live, saying that most zoning reserves the best parts of a city to an exclusive group. Data has been published that verifies this, proving discrepancies in life expectancy, income, and educational attainment based on specific neighborhoods.

Beyond these important impacts on the social aspects of zoning, the computable regulations also will improve efficiency by giving public citizens the freedom to process regulations on their own online before they even go to a city official, a contractor, an engineer, or an architect.

Sara Bronin is the second in this talented trio of women tackling the technological evolution of complicated zoning issues. She is a professor at Cornell University and the director of the Legal Constructs Lab where she spearheads the National Zoning Atlas Project that translates the intricacies of zoning into an online, interactive map.

The project started in Connecticut, where Bronin and a team of students from five different institutions collaborated with planning professionals to comb through 32,000 pages of code from 180 different jurisdictions. Through that tedious exercise, they were able to categorize more than 100 different types of housing-related zoning attributes into an online resource on zoning that previously didn’t exist. The resulting Connecticut Zoning Atlas was deployed by the Desegregate Connecticut coalition to justify zoning reforms at the state and local levels.

“In Connecticut, we translated and standardized decentralized, powerful legal documents so that the public could engage with zoning in meaningful ways,” Bronin said. “Expanding the Connecticut methods nationally will democratize zoning so we can all make better decisions on how our communities develop. Moreover, the National Zoning Atlas will gather a huge amount of information that will enable us to assess the economic, social, educational, and environmental consequences of zoning.”

The project is now active in 10 states and managed by a team lead in each state, where when complete, the public will be able to view any town or block to see how it is zoned and what type of housing would be allowed.

“As the National Zoning Atlas is being completed, it will show why we need to reform zoning at local and state levels to enable more housing to be produced,” Bronin said. “We’re looking to bring on new states as we scale up the database infrastructure to support the rapid expansion of jurisdictions covered.”

The National Zoning Atlas team designates a project manager and lead institution for each state, and each team is funded in a variety of ways, including by community foundations, national philanthropic organizations, and state and local agencies.

“Even some experts can’t easily decipher zoning laws,” Bronin said. “They are also inaccessible to most people, and that’s a problem to all of us. This project will underscore how important zoning is to us in our day-to-day life, while being a robust public repository that people deserve.”

As Bronin and Banijamali are demonstrating, the impact of digitizing the process is not only complex, but it is offering massive positive impacts. Olivia Ramos is founder and CEO for an online database of zoning data called Deepblocks, a system that is not only digitizing the zoning regulations, but adding on many other complex and important layers to heighten the value of those impacts.

There are obvious advantages to having all of this information available with the click of a button, but a very functional and tangible benefit is the ease of use and the efficiencies that creates.

“A user can see development opportunities online without creating relationships with city and architect,” Ramos said. “The product solves the biggest pain points for national developers that want to be in many markets at once. They can canvas dozens of markets that each usually would take eight months and turn it into minutes. We have 100 cities that are live, it is changing the paradigm.”

The platform seamlessly brings together information to visually show what is possible with a parcel to incredible detail in just an instant, including what would be allowed on that piece of land, and then a preliminary feasibility study. Ramos demonstrated this online for me, showing 12,000 parcels in Miami on the screen at once. She was able to instantly narrow down those parcels to the exact locations that would allow for a development with 100 to 200 units.

Then, she started a little Monopoly play to see if she could combine the adjoining parcels, with the ability to look at the owners and understand if all the parcels had just one owner so it could be negotiated into an assemblage.

“Today, you need an architect, and they take a long time to get back to you,” Ramos said. “They have to review the zoning ordinance and it takes many months of back and forth. But Deepblocks offers an instant understanding of what is possible. You can do a preliminary feasibility study that combines a 3D model with a financial model. Understand quickly with zoning rules what the unit mix could be, the size of the units, the pricing of the units, and how much the land would cost to back into the pricing.”

The efficiencies are even greater considering the quick modeling feature on Deepblocks that eliminates the need to have an architect up front. The platform allows for endless iteration to optimize the process and quickly understand what would be the most profitable, without the architect’s billable hours.

The platform is available on a subscription model. A user can purchase a subscription to an individual city for $5,400 per year; or an entire state for $18,000; or all 100 cities on the Deepblocks platform for $36,000. I think it’s amazing that all the technology that is put into this and the efficiencies that it creates could be available for a few thousand dollars – it goes to show how little value technology has in the real estate development and construction world. But, Ramos is excited about the potential.

“Zoning is the new gold rush in real estate,” she said. “We have 16 million digitized sites, making us the largest zoning repository in the country right now. There will be so much value to bring by digitizing the zoning data at scale. We are combining machine learning with demographics, construction and crime trends. We can begin to see what cities will be booming in the next 5 to 10 years, and give suggestions to cities to update zoning.”

These innovators continue to iterate on their amazing technologies as the federal government is doling out $6 billion in incentives for local governments to ease zoning rules intended to spur more housing development.

Plus, Ramos is collaborating with other data companies to layer on to the system and to make developers and cities smarter about their decisions. For instance, the platform will have permit data to show what has been permitted in the last six years. A user can look at what is planned along with what is existing and see the delta, helping municipalities make more informed decisions.

Peering Into the Future

As I mentioned, these technologies are moving fast at the perfect time. The Biden administration is focused on creating solutions to the housing crisis, including expanding the supply of available homes, an initiative that heavily rests on zoning laws. With that said, this article explores the need for a federal zoning office — a role that would most certainly be invested in technology and tools like these three.

For instance, Deepblocks is in conversations with the United States Department of Housing and Urban Development on digitizing the low-income housing tax credit (or LIHTC) scoring system that has more than 40 different requirements so it can be more effective stimulating investment in affordable housing.

Symbium is working on more consumer facing technologies. It recently launched a permit feature for residents of San Jose. The system generates all the planning forms to get an appliance permit approved, along with all of the rebates available for that appliance, so the user can understand if they need the permit in order to install the appliance.

“Right now, Symbium is just able to generate the permits that you need and let you know if your project is compliant,” Banijamali said. “The next step is that you will be able to submit the permits right through Symbium. Then, Symbium will be the point of contact and will notify you at the different stages of the permit, including inspections. This will be available in August in the Bay area.”

With these innovations, zoning is bound to become less and less of the issue that it represents today, opening up the country to more equitable, affordable housing.