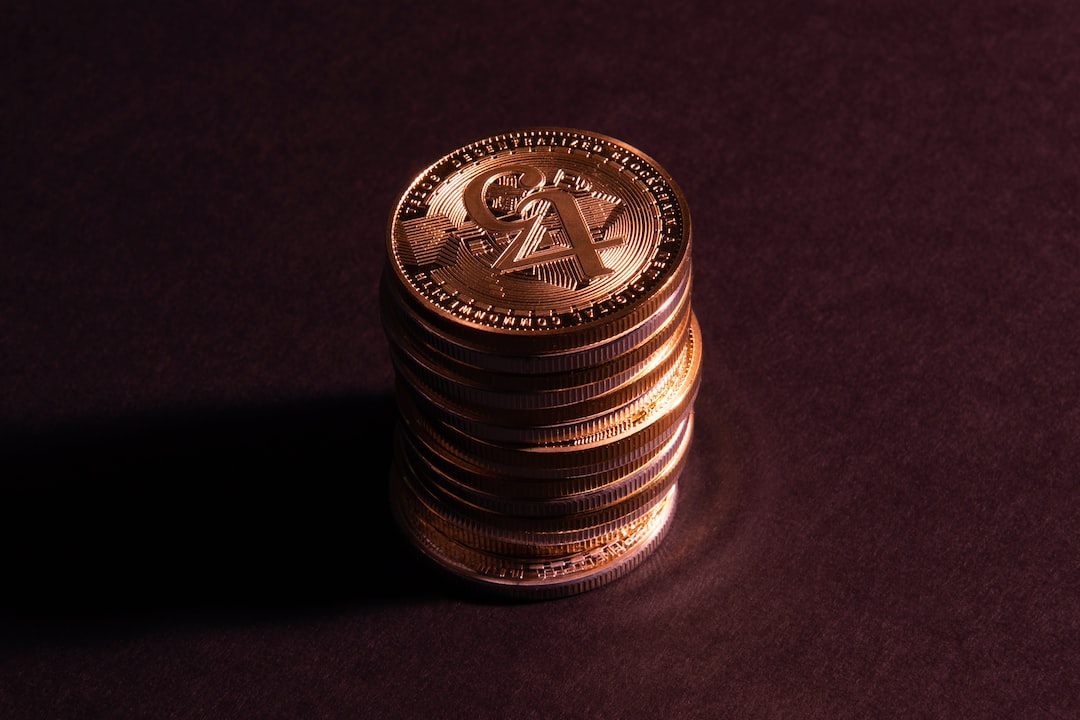 Thomason — now a blockchain adviser to the World Health Organization — says she “had an epiphany” while thinking about the 2004 Tsunami in Indonesia, in which the lives of over 200,000 people were washed away.

Thomason believes that if this data had been recorded on a blockchain, “people would be able to reconnect with their data really quickly and access their identity, health and bank records.” The realization convinced Thomason that she needed to play a role in helping the technology scale for humanitarian applications.

“My blockchain story is quite cute,” Thomason says, explaining that she “completely ignored” her son’s advice when in 2010 he encouraged her to buy Bitcoin. He brought the subject up again in 2015, becoming “really frustrated” with Thomason’s inaction.

“He said, ‘Listen — Bitcoin is built on blockchain, and blockchain is going to change everything and you need to learn about it.’”

Thomason began reading and, after several months, began to feel a strong pull toward the industry. She’s since pivoted into the “blockchain for social impact” niche and is the author of several books including Blockchain Technology for Global Social Change and Blockchaining the World, and acts as a blockchain adviser to various international organizations, such as the World Health Organization and the Commonwealth Secretariat.

Thomason believes that beyond all the talk of cryptocurrency, blockchain is a technology that can solve practical problems for some of the most disadvantaged groups in the world by facilitating and securing identity, health records, banking, supply chains and supporting climate action. Despite the rosy picture, she remains worried about the current state of the industry and questions whether the industry understands its own climate footprint.

When it comes to blockchain and identity, Thomason believes that recognition by governments is the biggest hurdle because many people around the world do not have any type of ID, to begin with. Identity is a person’s “window to the world,” making it perhaps the most important problem to solve.

Financial inclusion can be tackled with stablecoins, which people can easily send and receive. Despite being much lauded by the Bitcoin community, Thomason remains skeptical of El Salvador’s decision to make Bitcoin legal tender due to the inherent volatility.

While running the London Blockchain Week Hackathon in 2017, conveniently sponsored by the Abt Associates, Thomason invited a group of central bankers from the Bank of Papua New Guinea to witness “200 of the smartest people in the world sitting there trying to figure out how to solve this problem of financial inclusion.” The winners then accompanied them to Papua New Guinea to create a proof-of-concept for a new payment system.

“They went to a super isolated village, and without electricity and only 2G mobile phones, and were able to make transfers to that village and convert it into fiat in the local store.”

As for supply chains, Thomason is quick to point to problems even in the medical sector regarding fake personal protection equipment devices, which began to circulate during the pandemic. If supply chains can be clearly recorded onto blockchains, both manufacturers and buyers can “see transparently right through the entire supply chain and know what’s going on.” The same goes for food and can help farmers avoid exploitation via transparency.

Thomason also sees a bright future for blockchain as a tool for climate action. One opportunity, she says, is the tokenization of green bonds and carbon offsets, as well as NFTs, which can represent carbon offsets. She cites the example of the Brooklyn Microgrid, which is a marketplace for locally generated solar power.

In developing countries, she explains, someone with a solar panel could sell generated power to others for micropayments, making electricity available in places where people might otherwise not be able to keep a mobile phone charged. Developing countries often serve as great proving grounds for new technologies, which could also be implemented on much larger scales in developed economies.

In the aftermath of her epiphany, she left her position at Abt Associates, the parent company that had bought her company JTA International in 2014. She had been building JTA for 20 years, and it had over $250 million in revenue and 600 employees.

She needed to regroup. “I started traveling around the world, going to blockchain conferences and meetups,” looking for ways she could contribute to the nascent sector. One of the first things she did was begin advising various projects, including the Kerala Blockchain Academy and Shyft Network.

Thomason found that affiliating herself with blockchain projects was important because “if you don’t belong to an organization, people think you’re a bit weird.” When unassociated, she found it difficult to be taken seriously as an advocate for blockchain as a tool for social impact at a time when everyone was simply trying to raise millions of dollars with ICOs.

Coming from a work culture where business cards were the norm, she noticed that the attendees of blockchain conferences preferred instead to connect digitally. Thomason found herself setting up a LinkedIn profile where she began writing about blockchain and social impact. “Unintentionally and totally organically, I got this following,” she says, referring to her 26,000 followers.

“If you believe in something and have something important to say, you can build a following without maintaining it.”

With all her explorations of the industry, Thomason came to the view that there was a need for deeper education relating to ways in which blockchain could be used to create impact.

In 2019, she launched Social Impact Week in London, and “in 2020, we had our last blockchain week just before the borders closed” due to the pandemic, after which Thomason was effectively stuck in Australia for two years.

“I spent my time during the lockdown learning about DeFi,” she says, explaining that in 2020, she came across Novum Insights, a Decentralized Finance (DeFi) analytic company that she invested in on the condition that she be allowed to work directly with the team in order to learn about DeFi. The experience, Thomason says, inspired her to write her fifth book Applied Ethics in a Digital Age. She was able to move to Dubai in 2022.

Thomason was born in Scotland before moving to Australia, where her father worked as a rural doctor in North Queensland. When she was 16, her mother took her on an Oxfam study tour to Indonesia, which “was sort of like a combination of a holiday, but you go and see all their development projects, and you see the good work that they’re doing,” Thomason recalls.

She began her career after graduating with a Bachelor of Arts in Social Work from the University of Queensland in 1979, after which she volunteered at the Asia Development Bank in Indonesia before completing her Masters in Public Health at the University of Sydney in 1981.

Thomason’s research involved fieldwork in Papua New Guinea, where she learned about the challenges faced by economically and geographically isolated people. Upon completing her Ph.D. in 1994, Thomason returned to Queensland to work as the CEO of a hospital, among other positions.

In 1999, Thomason founded JTA International to develop public health in developing countries. Over time, it expanded to various other industries, including mining, and was sold to Abt Associates in 2014, with Thomason agreeing to stay on board for four years “to grow the company in Asia and the Pacific into other sectors outside of healthcare.” The years following saw the company triple its revenues from $50 million to $250 million. Seeing a dire need for digital transformation, Thomason, however, stepped out of the CEO role in 2017 to become the parent company’s global ambassador for its Center for Digital Transformation in the United Kingdom.

@janeathomason talking about wellness in Metaverse.

Though Thomason sees NFTs as a valuable canvas for digital art in support of climate initiatives, she is quick to bring up what she considers their dark side: the current power consumption of Ethereum. “I’m a little bit cautious about that because most NFTs build on Ethereum, and Ethereum is one of the power-hungry blockchains,” she notes. Such art would by no means solve climate change, but she sees them as a way to galvanize climate action and reward artists.

“I feel that we need to find ways to move the NFT community off Ethereum and onto Algorand, Solana, Cardano and those blockchains that aren’t that energy hungry.”

Ethereum’s creator Vitalik Buterin argues that the chain’s upcoming transition to proof-of-stake will provide a fitting solution to climate concerns.

With time, Thomason notes that many others have begun to advocate for the climate and social benefits side of blockchain. One of these is Miroslav Polzer, European Climate Pact Ambassador in Austria, who is “trying to build a DAO for climate action.”

As new technologies are integrated with blockchain, perhaps like the biometric suit worn by Cage The Elephant’s lead singer, Thomason imagines a setting in which Internet-of-Things devices could measure positive actions taken by people and “a smart contract can trigger a payment to people for having taken that climate action.”

“I think that the job that we’ve got ahead of us is really an education job because we’re so consumed with what’s going on in currencies that most people have no idea of the social utility of blockchain,” Thomason concludes.

Gilead’s Stock is on Sale: Should You Buy?
Premier League gets Ethereum-based digital cards with Sorare partnership
Tiffany Fong flames Celsius, FTX and NY Post: Hall of Flame
Is the Metaverse really turning out like ‘Snow Crash’?
Mortgage demand took a big step back last week, even after interest rates fell further